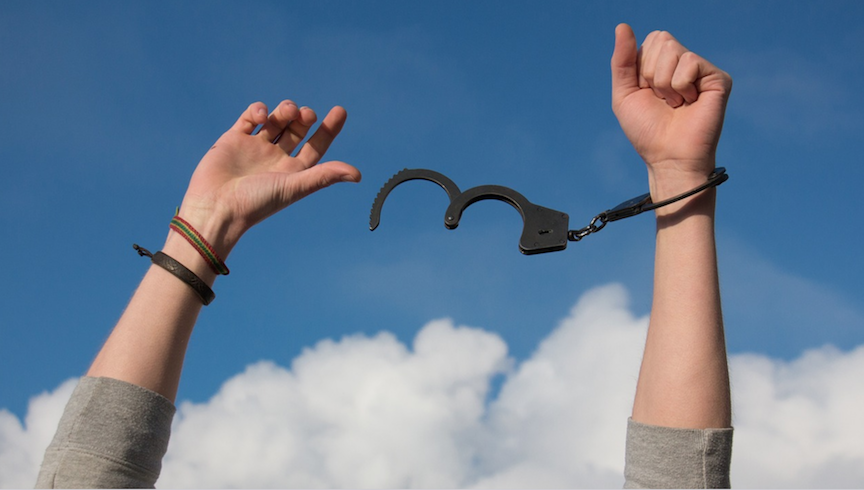 The war on drugs is not going well. Despite decades of counter-drug efforts, at a cost of more than one trillion dollars, illegal drugs are still readily available on the black market. Worse, drug proceeds have become the lifeblood of terrorist groups, transnational criminal organizations, and street gangs. A 2014 Pew poll showed 67% of Americans prefer drug treatment to prosecution, yet prisons remain overcrowded with drug offenders and citizen’s civil liberties are routinely sacrificed for little gain.

Now is the time to rethink drug legalization.

I spent most of my 25-years in law enforcement investigating drug traffickers. As a deputy sheriff, I investigated street-level drug dealers, then as a DEA supervisory special agent, I traveled the world hunting the upper echelon of transnational drug trafficking organizations. I convicted Haji Bagcho, the world’s most prolific heroin trafficker, and Khan Mohammed, the first person arrested for narco-terrorism. My experience made me sympathetic to the emotional impulses behind prohibition, but it also gave me valuable insight into the ineffectiveness of drug laws. It is ideologically consistent to believe in both the evils of drug abuse and in the immorality and impracticality of paternalistic laws—like drug prohibition.

Prohibition
Excessive recreational drug use is a terrible life choice. Using any mind-altering substance inhibits one’s ability to reason and hobbles the brain—the only tool one has to interpret reality. Abusing drugs can lead to health problems, poverty, broken homes, lack of productivity, social stigma, and even death. There is widespread agreement on the damaging effects of drug abuse, but has prohibition worked?

According to a 2017 Pew poll, 46% of all Americans have a friend or family member who has been addicted to drugs. A national survey by SAMHSA in 2016 found 28.6 million people, aged 12 or older, used illegal drugs within 30 days of the poll. The cost of drugs is likely artificially high, because of government-imposed scarcity, yet people still find and abuse drugs. According to the Centers for Disease Control and Prevention, there were more than 63,000 drug overdose deaths in 2016, far more than the number of people killed in automobile accidents. Clearly, prohibition hasn’t protected citizens from themselves.

As a former law enforcement officer, I think it is important to note that drug laws have produced some positive effects. The threat of criminal punishment has likely deterred some percentage of the population from using drugs, though it’s hard to prove a negative. Violent actors, like cartels and gangs, will always gravitate to illicit enterprises and citizens need police to remove dangerous criminals from society. Drug laws have provided a tool that has allowed the justice system to incapacitate these violent offenders with long prison sentences, which is a positive outcome for society.

Legalization
Decreasing violence is perhaps the strongest argument for legalization. Organizations involved in criminal enterprises have an inherent need to use force, since they can’t avail themselves of the criminal justice system to protect their business interests. If prohibition was ended, gangs and other organized criminal groups would be driven from the market, because users are far more likely to buy their drugs from legitimate businesses than from gang members on street corners. Drug-related violence would disappear, as it did when alcohol prohibition ended.

Drug legalization would deny significant funding to terrorist organizations, because terrorists cannot directly participate in licit markets and depend on illegal enterprises for income. According to the DEA, 37% of officially designated Foreign Terrorist Organizations have possible ties to drug trafficking. The Taliban is one example of the nexus between trafficking and terror. According to the 2015 World Drug Report, Afghanistan produces at least 77% of the world’s heroin, and in 2016, as much as half of the Taliban’s income came from illicit narcotics trafficking, according to the United Nations.

Another argument for legalization is the reduction of overdose deaths. According to the Center for Disease Control, the number of drug overdose deaths tripled from 1999 to 2014. If drugs were legalized, legitimate corporations would produce and distribute them, thus improving quality control and decreasing overdose deaths.

Enforcing the current drug laws is extremely expensive. As of 2015, according to the Bureau of Justice Statistics, (BJS) there were almost seven million people in the adult correctional population and in 2018, 46.1 % of all federal inmates were incarcerated for drug offenses, according to the Federal Bureau of Prisons (BOP). In 2012, the BOP estimated the average cost to house a federal inmate at $26,359 per inmate, so the costs of criminalization are enormous. After legalization, the money spent on drug enforcement could be reallocated or returned to taxpayers and police could focus their limited resources on violent crimes.

Drug enforcement has created many negative, unintended outcomes. According to the BJS, more than one-third of federal drug offenders had either no criminal history or a minimal one. There is significant research suggesting that incarcerating nonviolent drug offenders may lead to increased criminality—a poor outcome for both the prisoners and society. Prison is a training camp for criminals and incarcerating nonviolent drug offenders cuts their pro-social ties, stigmatizes them, and inhibits their economic growth. Nationally, recidivism rates average 76.9% for drug offenders. Legalization would ruin fewer lives, minimize recidivism rates, reduce the federal prison population by almost half, and save taxpayers money.

The philosophical argument for legalization is that paternalistic laws are not the role of government in a free society. While there is overwhelming evidence that the abuse of drugs is harmful, the decision to use them belongs to individual, not the government. It is a slippery slope when government passes legislation on the premise that government officials know best how citizens should live their lives. Using that logic, should bedtimes, exercise, and healthy diets also be legislated?

Prohibition can only be justified when drug use directly affects other citizens. Some drugs do have inherent negative externalities, because their lethal toxicity poses a direct danger to public safety. For example, Fentanyl is a potent synthetic opioid with legitimate medical uses for pain management and anesthesia, but Fentanyl and its analogues are incredibly potent. Carfentanyl is 5,000 times stronger than heroin and was once tested as a weapon of mass destruction. Just absorbing a few grains of Carfentanyl through the skin can be deadly. Drugs like these should be controlled—not because they are highly addictive to users—but because they are a threat to innocent third parties. They need to be regulated for the same reasons Uranium, Ebola, and other lethal substances are restricted by law.

Conclusion
Paternalistic laws infringe on individual rights and that philosophical objection alone should be enough justification to repeal most drug laws. Nobody wants a population decimated by drug use, but the potential positive results of legalization makes studying it worth a try. A sensible methodology would be to test legalization, then follow the best evidence-based practices. One approach would be to legalize the mildest drugs first, then evaluate the results before attempting broader legislative reform.

The federal government should allow individual states to legalize drugs within their borders, but continue to protect states where drugs are illegal. This would create natural experiments where outcomes could be compared between neighboring states with similar populations and different laws. A graduated, cautious approach could mitigate problems and allow for the reversal of destructive policies.

It is time to seriously debate the legalization of most drugs and implement a controlled end to prohibition. Legalization does not confer moral approval of destructive behaviors. It should be acceptable to oppose drug use and also support legalization efforts. As a former DEA agent, I certainly do.

John’s note: Our subscribers mostly oppose the drug war. As with most issues, there are different components. Jeffrey James Higgins was an agent in the fight against those who initiate violence. That sounds like me! I do so with words. He did so at risk to his life. His responsibility was to seek out those violent criminals attracted to the high profits obtainable because the drug trade is illicit. This brought him deep into the world of international narcoterrorism, greatly in southwest Asia. Narcoterrorism is a word to describe political violence capitalized (funded) by the high margins available from supplying illegal drugs.

These violent types aren’t in the generic ibuprofen market, but they would be if ibuprofen was both broadly desired and made expensive because governments illegalized it.

It is thought provoking to hear the words of a man who has been in the field, doing this work, and who sees morality and the ethics of human relationships from similar foundations that I do. We expect various views from our readers and likely a bunch of comments. That’ll be great. Send them to our contact page.

Below are links referenced by Jeff in his article, for those interested in digging further.
*Haji Bagcho
*Khan Mohammed
*46% of all Americans have a friend or family member who has been addicted to drugs
*Afghanistan produces at least 77% of the world’s heroin
*SAMHSA
*Drug overdose deaths tripled from 1999 to 2014
*Carfentanyl is 5,000 times stronger than heroin
*Seven million people in the adult correctional population and in 2018, 46.1 % of all federal inmates were incarcerated for drug offenses
*The average cost to house a federal inmate at $26,359 per inmate.
*One-third of federal drug offenders had either no criminal history