A miscalculated interaction with a black bear provides useful lessons on how to react to large predators on the trails. 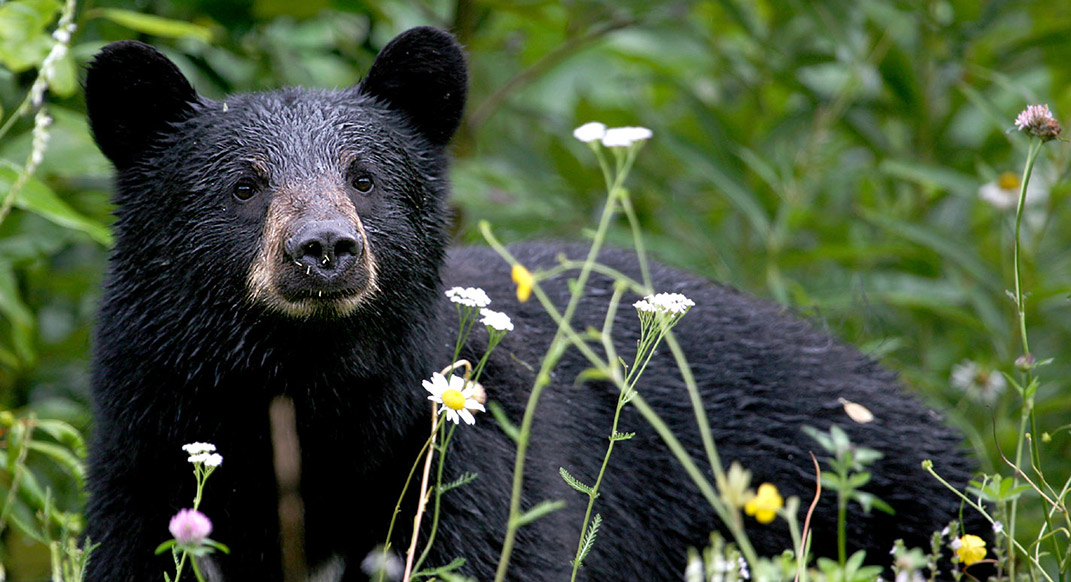 The only sounds came from my running shoes striking the dirt road and my even breathing. Cool air stung my legs. Tall pines towered over the road and the smell of decomposing leaves and pine was thick in the air. Sweat beaded on my bald head under my cap, my heart pounded and my muscles warmed and loosened, melting my stress away. I was healthy, strong, and alive.

I was deep in the woods of North Carolina’s Great Dismal Swamp for a week of counter-terrorism training with members of the 101st Army Airborne Division and my DEA tactical team, as part of my job as a special agent. I’d finished each day of training with this five-mile run.

My thoughts drifted as I ran. I was thinking about home when something caught my attention—movement in a small clearing at the edge of the road. I slowed slightly, straining to see a black form through the moonless night. Was that an animal or was my mind turning shadows into monsters? I was 70 yards away when my brain recognized the shape.

I stopped and froze. It was massive, nothing at all like the 250-pound bears that had wandered through my campsites in Maine when I was a child. This creature was 800 pounds of Ursus Americanus.

I stood in the middle of the road staring. The bear had its head down, looking straight ahead and not at me. I backed up slowly, then turned and walked towards the guard shack that marked the end of the road, glancing over my shoulder as I moved. I waited there, watching my breath rise in the air, feeling the sweat cooling on my back. I was at the outer limit of the property and this was the only road back to the training camp. I waited. Then waited some more.

After 10 minutes, I slowly jogged back towards the camp, moved quietly on the balls of my feet. I rounded the curve in the road and there he was. The bear hadn’t moved.

I reviewed my options. I could stand in the road out of sight and wait for the bear to leave, but it was cold, dark and getting late. I could keep jogging and hope the bear didn’t notice me, but I was pretty sure bears are faster than men. I could backtrack to the guard shack and ask the security guard to drive me to camp, but this would subject me to years of ridicule from the 101st Airborne soldiers and my fellow DEA agents. I’d rather deal with the bear than have to tell them I was scared.

I don’t know much about animals, having lived in cities for most of my life. My knowledge of bears came mostly from cartoon bears with picnic baskets and trips to the zoo. Maybe I could scare the bear away. I’d read somewhere that bears were scared of load noises. It worked with squirrels. I took off my gloves so I could clap my hands and pulled a small flashlight out of my pocket. The light would certainly scare the bear. Right?

I jogged around the bend and there was the bear. My heart sank, but at least I had a plan. “Hey,” I shouted and clapped my hands. The bear’s head shot up and he looked right at me. I shivered, then clapped again.

I continued jogging towards the bear, clapping and yelling. If I stopped and ran, he would probably chase me and kill me. Fifty yards.

I picked up my speed and shined my flight light into the bear’s face. His eyes glowed like a demon. Forty yards.

I yelled at the top of my lungs, clapping and flashing my light at the bear. He didn’t budge. This was not how the plan was supposed to unfold. Thirty yards.

The bear stood up on his hind legs, lifting his front paws up like a boxer. He must be 12 feet tall. Twenty yards.

The bear wasn’t moving, but I was out of options and fully committed. I left the roadway and ran across the clearing directly at the bear. He loomed larger and his features came into focus. I could see his teeth. In a dozen strides I’d have to jump up and punch him in the nose. That works with sharks, right? Ten yards.

I let out my best war cry and waved my arms over my head, coiling myself, preparing to jump. Suddenly, the bear twisted violently to his left, dropped onto his front paws and fled. He hit the tree line with a crash, breaking branches and trampling saplings. It sounded like he was driving a car through the woods.

Without breaking stride, I circled back to the road. I’ve never run faster.

Back in the safety of our camp, I relayed my ordeal to an agent who had grown up in the mountains.

“You did everything wrong,” he said, shaking his head. By running at the bear I posed a threat. Waving my hands over my head mimicked the behavior of another bear challenging his territory. Since I was shinning a light in his eyes and restricting his already poor vision, I probably looked like another bear.

I should have been mauled to death. I don’t know why that behemoth backed down. Maybe the military axiom “victory goes to those who act first with overwhelming violence” also applies to bears. Maybe the bear never saw anyone act so stupidly and didn’t want to wait to see if I was dangerous.

Maybe I was just lucky.