Why buying illegal drugs is immoral 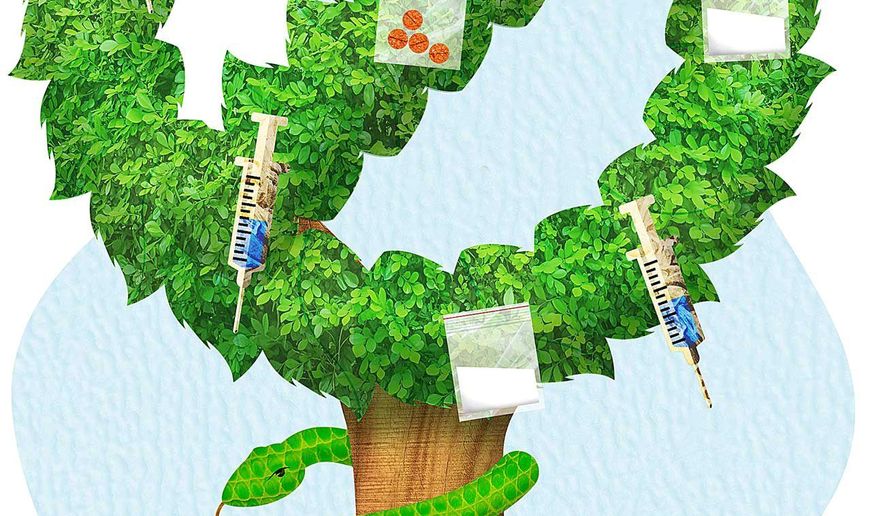 Purchasing illegal drugs is an immoral act, regardless of where one stands in the legalization debate. When drugs are legally prohibited, criminal organizations assume control of production and distribution, making violence inherent in the process. Drug proceeds are used to fund criminal and terrorist organizations, enabling them to murder innocent people, attack police and military, bleed our tax dollars, and destroy the rule of law.

Drugs are a major source of income for terrorist groups and other criminal organizations, due to the high profit margins in these illegal markets. For example, one kilogram of heroin costs $2,500-$5,000 in Afghanistan and it sells for $60,000-$90,000 in the United States. That same kilogram is worth approximately $1.5 million after is it diluted and divided into individual dosage units. Profits made from illegal drug sales are also unreported income, allowing unlawful enterprises to remain in the shadows.

There is a strong nexus between drug trafficking and terrorism. According to DEA’s FY2016 Performance Budget Congressional Submission, 22 of 59 designated Foreign Terrorist Organizations had possible ties to drug trafficking. This number is probably low, because evidence is difficult to obtain, and it doesn’t address two recently designated terrorist groups. As an example, Afghanistan produces most of the world’s opium, morphine, and heroin. In Afghanistan, drug producers, traffickers, and transporters have deep connections to the Taliban, Haqqani network, and other terrorist groups. Drug traffickers use terrorists for protection and terrorists use drug traffickers to fund their activities.

Terrorism is not the only violence associated with drug trafficking. Criminal groups regularly commit crimes against humanity. For example, Mexican organized crime was responsible for an estimated 80,000 deaths between 2006 and 2015, according to a Congressional Research Service report on Mexican Organized Crime and Drug Trafficking Organizations. Violent, transnational criminal gangs, such as Mara Salvatrucha (MS-13) also fund their criminal activities through drug trafficking.

Violence is inevitable in illegal activity, especially in businesses like drug trafficking that involve large sums of money. Criminal groups exist outside of the judicial system; therefore they have no recourse with police or in the courts when they are victimized by other groups. When a criminal group retaliates against another, it engages in forms of tribalism and anarchism, where justice is determined by those most willing to use force. Drug dealers become modern warlords, operating outside of accepted institutions and societal norms.

Drugs are not the only unlawful trade that should be avoided. For example, illicit cigarette trafficking in the United States has been linked to terrorism funding. Numerous criminal investigations have shown that profits from some illicit cigarette sales support terrorist organizations, including al Qaeda. The Iran-backed Hezballah, which was designated by the U.S. Department of State as a Foreign Terrorist Organization in 1997, has links to both untaxed cigarette sales and drug trafficking. Hezballah, which is also supported by Iran, is responsible for terrorist activities across the globe.

While there are compelling arguments to legalize certain drugs, the policy argument needs to be divorced from the morality of purchasing illicit drugs. It’s ironic that many celebrities and public intellectuals call for boycotts against corporations, like Nike and Apple, because of the low pay and poor working conditions these companies offer workers overseas, but some of the same people also openly admit to buying marijuana illegally. They don’t see the hypocrisy of condemning businesses, while buying marijuana from Mexican drug cartels or heroin from the Taliban; both of which murder innocent people. They mistakenly justify the purchase of illegal drugs based on their belief that drugs should be legalized, while ignoring the fact that their actions subsidize murder.

The next time one considers buying illegal drugs, one should consider that the money might be going to Hezballah, the Taliban, or a drug cartel. If one believes a specific drug should be legalized, then one should encourage legislators to change the law, not violate the law. Until the law is changed, illegal drug purchases will continue to support evil men who commit acts of violence against the innocent.

• Jeffrey James Higgins is a retired DEA supervisory special agent, with 25 years of law enforcement experience, and an expert in narco-terrorism.