Jeffrey was interviewed in USA Today about the impact of the Trump Administration’s tariffs on the opioid epidemic.

What a U.S.-China trade war could mean for opioid epidemic 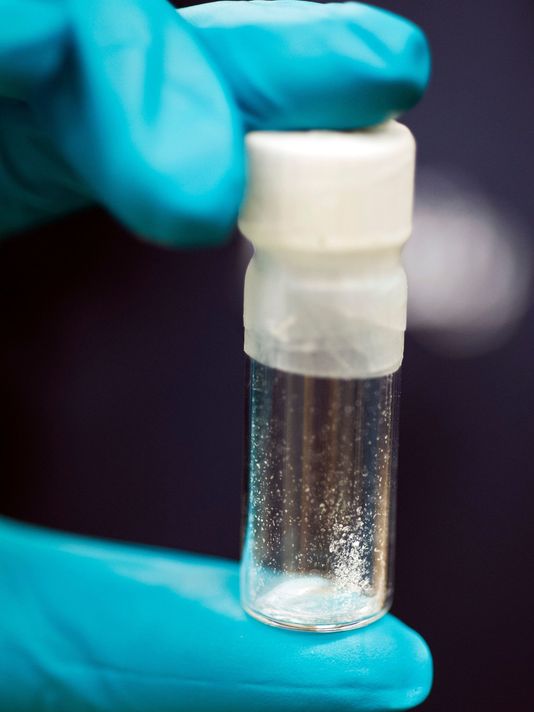 Trade tensions with allies were heightened by the White House announcement in March of tariffs on steel and aluminum imports. On Friday, another round of tariffs specifically targeting China took effect.

And that China focus could interrupt other trade-related issues — specifically, those targeting the flow of dangerous drugs like fentanyl into the United States.

Though Chinese officials deny that most of the fentanyl or other opioid substances originate in their country, they have in the past cooperated with U.S. efforts to control the flow of fentanyl onto American soil.

If the tariffs become permanent, though, “it’s most likely going to have a negative effect on other areas” beyond trade, said Jeffrey Higgins, a former Drug Enforcement Administration supervisory special agent. “China could say ‘We are no longer going to cooperate with the United States on controlling these synthetic opioids,’” he continued.

U.S. law enforcement and drug investigators consider China the primary source of this illicit drug and responsible for as much as 90 percent of the world’s supply.

One reason: Until recently, “illicit fentanyl [was] not widely used in China, [so] authorities [placed] little emphasis on controlling its production and export,” a U.S.-China Economic and Security Review Commission staff research report notes.

In a March statement before Congress, Robert Patterson, the acting administrator of the DEA, described the relationship between U.S. and Chinese drug enforcement agencies as “a significant bi-lateral mechanism to address the threat resulting from the shipment of illicit fentanyl, their precursors, and other synthetic drugs to the United States and elsewhere.”

For instance, in 2015, China added 116 new psychoactive substances, including six fentanyl products, to its list of controlled substances. Patterson called this step “a key moment,” and it led to a significant drop in U.S. seizures of the illicit drugs. In addition, Deputy Attorney General Rod Rosenstein met in 2017 with Guo Shengkun, then state councilor of the Chinese Ministry of Public Security.

But experts say this level of cooperation could wither if Trump’s China tariffs remain in place.

The tariffs have already prompted the Chinese to impose tariffs of their own, and if China continues its retaliation effort, the bilateral drug-control efforts could be the next leverage point, experts say.

At a news conference in late June, Liu Yuejin, the deputy chief of China’s drug-control agency, said that political factors will not affect China’s willingness to combat drug manufacturing and trafficking.

But China is a communist country, and the Chinese government controls major aspects of the economy and society.

“In the end, they will be pawns of whatever politics the government of China wants to enact,” said Higgins, when describing the relationship between Chinese drug enforcement agencies and central government leadership.

China might be even more inclined to take U.S.-China opioid talks hostage because the White House and Capitol Hill have prioritized action on the opioid epidemic, said Markos Kounalakis, a visiting fellow at Stanford University’s Hoover Institution.

Over the past month, the House of Representatives passed more than 70 bipartisan bills designed to combat the opioid crisis. The Department of Justice is implementing a strategy designed to “decrease the number of overdose deaths,” Attorney General Jeff Sessions announced in a speech early this year.

Although U.S. and Chinese officials tend to meet annually each fall to discuss counter-narcotic actions, agreements produced in these meetings lack the specificity necessary to secure long-term cooperation by both parties, experts say.

China’s cooperation — implementing domestic controls on illicit substances — has occurred at the behest of the United States, not as a result of binding agreements.

While the U.S. is relying on China to control the manufacture and export of illicit drugs within its own borders, there are steps Congress can take to intercept these products.

Last month, the House passed legislation that would direct the U.S. Postal Service to “require the provision of advance electronic information on international mail shipments.”

This bill has been received by the Senate Committee on Finance, where it awaits further action.

The measure would close a loophole that drug traffickers exploit: While private shippers like FedEx and UPS are required to obtain advance electronic information on most shipments, the Postal Service is not.

Kaiser Health News (KHN) is a non-profit news service covering health issues. It is an editorially independent program of the Kaiser Family Foundation that is not affiliated with Kaiser Permanente.