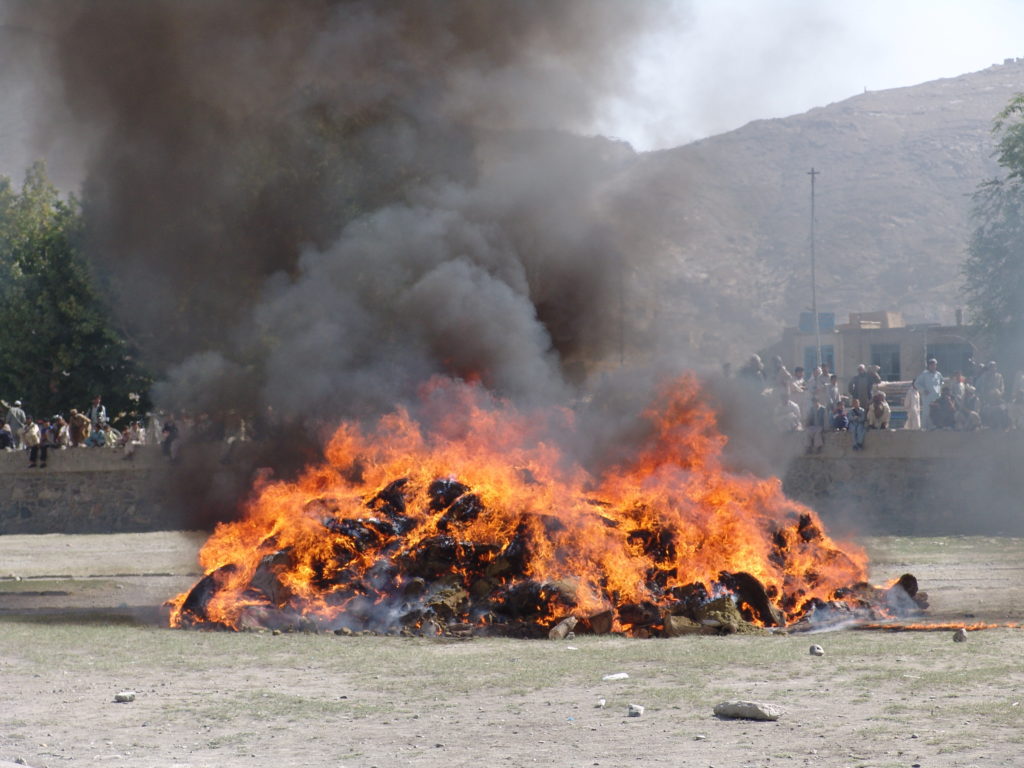 To defeat terrorism, the United States should use federal criminal laws to aggressively target narco-terrorists. While narco-terrorism is frequently mentioned in the news, it is rarely explained properly, and as a result, many skeptics doubt its impact. Understanding how drug trafficking fuels terrorism is necessary to craft effective counterterrorism policy and to triumph in the global war on terror.

The crime of narco-terrorism is prosecuted under Title 21 US Code 960a — Foreign Terrorist Organizations, Terrorist Persons, and Groups. To summarize, it is illegal for anyone to violate federal drug law then provide anything of pecuniary value to a person or organization engaging in terrorist activity or terrorism.

Federal drug laws, as defined under 21 USC 841, cover the possession, manufacture, and distribution of controlled substances, which meet a minimum weight threshold. Terrorist activity, as defined in 8 USC 1182, includes crimes such as hijacking, assassination, kidnapping, and use of weapons of mass destruction. Terrorism is defined, under 22 USC 2656, as politically motivated violence against noncombatants. So, narco-terrorism can involve people engaged in terrorist acts or those belonging to groups designated as terrorist organizations by the U.S. Department of State.

2) Narco-terrorism also characterizes terrorists who sell narcotics to fund terrorist activities. For example, I investigated a Taliban commander who purchased and resold a multikilogram shipment of heroin to generate funds for the purchase of expensive military weapons. This commander was normally a terrorist, not a trafficker, but he engaged in this profitable heroin deal to facilitate his operations.

3) A less common type of narco-terrorism involves criminals who have an equal interest in both terrorism and drug trafficking. Khan Mohammed, the first person arrested for narco-terrorism, was a successful opium trafficker and also a Taliban operative targeting U.S. troops. Khan Mohammed was both a terrorist and a drug trafficker, motivated by both profit and ideology.

4) The most common type of narco-terrorism is expressed by the symbiotic relationship between drug traffickers and terrorists. In this form, traffickers only deal drugs and terrorists only commit acts of terrorism, but they mutually support each other. Haji Bagcho, the world’s most prolific heroin trafficker, provided drug proceeds, weapons, and logistical assistance to Taliban leadership. In return, the Taliban protected Haji Bagcho’s drug production laboratories, attacked police and military, and murdered people cooperating with the government. The Taliban and Haji Bagcho’s organization committed different crimes, but they both engaged in narco-terrorism.

There are other variations of narco-terrorism. State-sponsored drug trafficking, by a government using terrorism as an instrument of national policy, may be considered narco-terrorism. Another variation is when drug trafficking by itself is used as a form of terrorism. Khan Mohammed said, “May God eliminate them (infidels) right now and we will eliminate them too. Whether it is by opium or by shooting, this is our common goal.”

Terrorism is an existential threat to the United States and is a priority in our national policy. Drug trafficking directly supports terrorism and counterterrorism efforts can’t be effective if the funding is ignored. Apart from the connection to terrorism, drug trafficking alone damages the rule of law and destabilizes countries. Directing intelligence and enforcement efforts towards narco-terrorism has the dual benefit of targeting both traffickers and terrorists.

Using the narco-terrorism law to arrest terrorists and the traffickers who support them is an effective tool for incapacitating both types of criminals. Prosecuting narco-terrorists in the judicial system allows transparency in the process and provides a long-term solution for two of the most serious threats to our national security.