Quoted in the New York Times

Trump Says China Will Curtail Fentanyl. The U.S. Has Heard That Before.

BEIJING — China vows to stem the supply of the powerful opioid fentanyl flowing into the United States. It pledges to target exports of fentanyl-related substances bound for the United States that are prohibited there, while sharing information with American law-enforcement authorities.

If these sound like familiar promises, it’s because they are: They first emerged in September 2016, when the Obama administration said China and the United States had agreed on “enhanced measures”meant to keep fentanyl from coming into the United States.

But the Chinese government never specified the steps it intended to take in its official statements or state media reports at the time, and its follow-up has been patchy at best.

So when the Trump administration said on Saturday that President Xi Jinping of China had agreed to designate fentanyl as a controlled substance in “a wonderful humanitarian gesture,” analysts said there was little to cheer about.

“It’s in many ways all theater from the White House and very little serious substance,” said John Collins, the executive director of the London School of Economics’s International Drug Policy Unit. “It seems to me the same story again.”

Mr. Trump has repeatedly cited China as the main source of illicit fentanyl in the United States, where it helped drive total overdose deaths last year to more than 70,000 — a record.

The president’s assertion was supported by a report last month by the U.S.-China Economic and Security Review Commission, which Congress created to monitor relations between the countries.

Cracking down on the manufacturing and distribution of fentanyl in China is no easy task. As Mr. Collins noted, many classes of the drug are already considered controlled substances in the country. Fentanyl’s chemical structure and those of related analogues can be modified to create similar yet distinct substances, so new versions can be concocted quickly.

Because of fentanyl’s potency and the ease with which it can be produced, one kilogram bought for $3,000 to $5,000 in China can potentially kill 500,000 people, according to the Drug Enforcement Administration.

The Trump administration said that Mr. Xi’s announcement meant that people selling fentanyl to American buyers and shipping it into the United States would “be subject to China’s maximum penalty under the law”: the death penalty. China did not specify the punishment for violating the new ban, but anyone guilty of trafficking in controlled substances is subject to capital punishment.

The United States has long pushed China to systemically control all fentanyl substances. China’s approach has been to ban chemicals one by one, and only after getting evidence for why it should do so from the other countries and the United Nations.

The lag has allowed Chinese makers of illicit drugs to create new fentanyl derivatives faster than they can be controlled, according to the U.S.-China Economic and Security Review Commission. 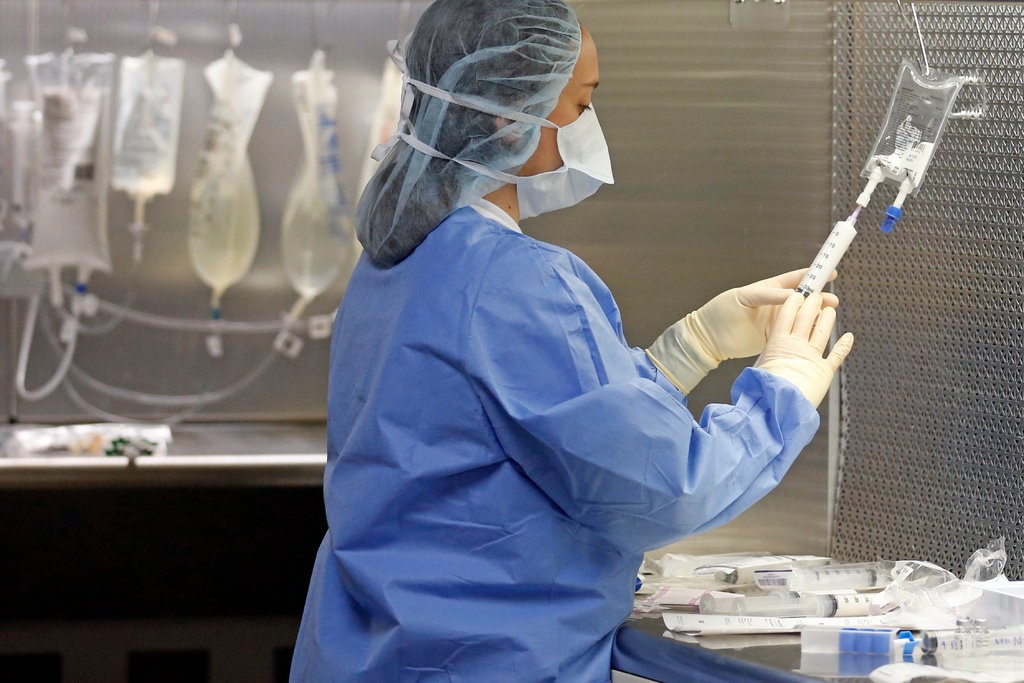 A pharmacy technician preparing syringes of fentanyl in a hospital. Although the powerful opioid has legitimate medical uses, it is also a major cause of addiction and overdose deaths.CreditRick Bowmer/Associated Press

Even in light of that, Jeremy Douglas, the regional representative of the United Nations Office on Drugs and Crime for Southeast Asia and the Pacific, said China’s willingness to take steps to control fentanyl was “a good move.”

“Practically it means that anything that is created in that class will be automatically on the Chinese control list and there will be legal repercussions for trafficking,” he said. “Right now, there’s nothing stopping a pharmaceutical company or supplier from selling related but noncontrolled substances.”

But Mr. Douglas said the impact would not be immediate. He said he had clarified the announcement’s meaning with a senior official in Beijing, who told him that China would need to amend its laws before the full ban could take effect. That process might take months.

As with other points of contention between China and the United States, the problem for Washington is getting Beijing to fulfill its promises.

Complicating the matter is the size of China’s chemical industry. State Department data shows that there are about 160,000 chemical companies in China. Weak regulation means that those producing fentanyl substances will probably still be willing to sell them despite the new ban.

China, which does not have an opioid-abuse problem, has made some progress in cooperating with the United States on the issue. It has said it would label 25 fentanyl substances and two precursors — the chemical ingredients that can be used to make the drug — controlled substances.

Officials from the Drug Enforcement Administration and the Food and Drug Administration have recently praised China for being receptive to working together and sharing information.

There is little awareness in China that the United States has an opioid problem, or that China is contributing to it.

During an informal meeting about health care cooperation in Virginia last month, American officials told senior officials from the China Food and Drug Administration and the Chinese Center for Disease Control and Prevention about America’s fentanyl problem.

Chen Xi, an assistant professor of public health at Yale University who was there, said the Chinese officials said that “they had never heard of this.”

Now, he said, “it’s no longer underground, everyone is talking about this.” He added: “That’s a major breakthrough — a major step toward better stronger enforcement and regulation.”

Jeffrey Higgins, a retired special supervisory agent with the Drug Enforcement Administration, said that a decision by China to schedule fentanyl as a controlled substance was “a positive step” but that there was “also room for skepticism.”

“China controls the majority of global fentanyl sales, so it is a thriving industry there,” Mr. Higgins said in an email. “There are economic incentives for the Chinese to let opioid production flourish and fewer incentives to restrict their economy to cooperate with foreign law enforcement. We will have to wait and see how much the Chinese government cracks down on fentanyl producers.”